District 7 includes the south side of the city of Kalispell and the U.S. 2 corridor within city limits.

Garner, former Kalispell chief of police, has represented the district since 2015.

The winner of the primary election will go up against Democratic candidate Ross Frazier and Libertarian candidate Nicholas Ramlow in the Nov. 3 general election. Early voting begins May 8.

How does your background qualify you for the role of state representative?

I have served three terms in the Montana House of Representatives and have been part of developing solutions to many of Montana’s most difficult issues. Those have included access to health care, infrastructure, campaign finance reform, investments in education, creating balanced budgets, developing a rainy day fund and many others. My diverse background in the public and private sector along with a lifetime of community service in Kalispell have given me a unique opportunity to help understand our community challenges and develop effective solutions. These qualities will be essential skills in what will be a very difficult upcoming session.

What do you see as the most pressing issue facing our state, and what would you do to address that issue?

Getting our economy moving again while ensuring access to health care and providing essential services will be our most pressing issue. There will be no time for on-the-job training this session. It will demand people with proven track records of solving problems. It will be important to remove unnecessary barriers to innovation and investment in our state and the ability to look differently at what services are essential and how we can most efficiently provide them.

How do you feel about how the state is allocating its money? Could the Legislature better prioritize state spending, and how?

Due to prudent decisions made in the last legislative session, Montana is in solid financial shape. Our reserve fund is full at $115 million, our fire fund is full at $55 million, our general fund balance is nearly $300 million and unemployment reserves are nearly $360 million. The Legislature also authorized schools to provide educational opportunities outside its buildings during the COVID-19 crisis and the state tightened its belt by eliminating a number of open job vacancies. The upcoming session is going to be extremely challenging and will require a new level of prioritizing essential services.

Montana continues to rank as one of the worst states in the nation for mental health and suicide rates. How would you work to improve this ranking?

As leaders we must help change the negative stigmas associated with mental health treatment and diagnosis. We need to address it as a health-care issue and with urgency. We must focus on kids and provide interventions and resources that transcend all social and economic barriers. We need to improve access to training programs like QPR, that help people identify and respond to suicide emergencies. We need to support the move to using 988 as a suicide prevention number and provide more funding to our over loaded “Lifeline” crisis centers. We need to support training and intervention on mental health issues in our schools and provide necessary case management support.

How do you assess the state’s and Gov. Bullock’s response to the COVID-19 pandemic? How would you begin to ensure our economy bounces back from measures such as temporarily closing non-essential businesses?

I think Montana has responded well in some cases and needs to make changes in others. While Montana is currently on track to have one of the lowest fatality rates in the country related to COVID-19, there are a number of things we can change without sacrificing safety. For example, we should look for ways to provide graduations for our senior classes and I’m confident small local retail businesses should be able to provide delivery service as readily as Amazon does. It’s time we developed a phased plan, based on measurable health-care outcomes and science that will move us on a path towards recovery.

Background: Born in the old hospital on the east side of Kalispell; attended Elrod School, Central School, Flathead County High School, Montana State College, then graduated from Flathead Valley Community College; as a child I lived on First Avenue West, across the street from my family’s retail lumber company; updated the old shop to be a production woodworking shop where we made cabinet doors for Bell Manufacturing, Trapper Manufacturing and other camper manufacturers; licensed as an advocate and counselor by the Blackfeet Tribe in 1984.

How does your background qualify you to represent the citizens as a state representative in House District No 7?

Having formerly served in both Montana’s Senate and House of Representatives, I have an excellent track record of voting to limit our state spending. My object has always been to preserve our funds for a rainy day. That rainy day is now here with the coronavirus pandemic.

I also supported legislator Keith Regier’s unsuccessful attempt to establish ground rules that would have kept the public employees’ and the teachers’ retirement systems solvent. I am fearful that with them both being amortized using an 8.5% return on investment they might not be solvent now that the bottom is falling out of the stock market.

I also have a history of fighting for liberty and justice. With the help of State Senator Bob Brown, Doug Grob and Gary Boe, I helped change Montana’s child custody policies so they are presently much more gender neutral than previously. I became licensed in the Blackfeet Tribal Court to help fight for justice on the Blackfeet Indian Reservation, I became a charter member of the Montana Mediation Association in order to enhance the public’s access to our judicial system and previously as a State Senator sitting on the Senate Judicial Committee I received an award for my ability to make bills better by my amendments to them.

In 2001, I requested Senate Bill 221 which successfully reduced Montana’s Certificate of Need requirements, thus enabling hospitals to better provide services to their patients. In 2010, I precipitated a decision by the Montana Supreme Court that dissolved the Montana Supreme Court’s Commission on Unauthorized Practice and made it legal for the public to discuss the laws and prepare documents for one another. And I am presently concerned that some groups that support my opponent also support an amendment to our U.S. Constitution that would eliminate all first-amendment constitutional protection for “the right of the people peaceably to assemble and to petition the Government for a redress of grievances.

My opponent is supported in this treachery by: American Promise, Free Speech For People, Common Cause Montana, Stand with Montanans, MontPIRG, American Constitution Society Law Student chapter at the University of Montana Law School, Move to Amend – Missoula, the Montana Trial Lawyers Association and the Democratic Party. Obviously I don’t just take on the easy and popular battles when fighting for freedom.

What do you see as the most pressing issue facing our state, and what would you do to address that issue?

I believe we have drank the federal government’s Kool-Aid when accepting their promise to give us cheap money at the expense of our state sovereignty. It is now to the point that Atif Mian, an economics professor at Princeton University says: “We are talking about a level of debt that would certainly be unprecedented in modern history or in history, period. We are definitely at a tipping point.”

How do you feel about how the state is allocating its money? Could the Legislature better prioritize state spending, and how?

I would not have joined with my opponent and his group of “moderate” legislators in their vote for spending over $9 million per year to fund construction of the new historical museum.

Montana continues to rank as one of the worst states in the nation for mental health and suicide rates. How would you work to improve this ranking?

I believe this shows the natural consequence of how the welfare state with communist land ownership destroys the family, the lives of its citizens and leads to higher suicide rates. To change our suicide rate, I will continue to oppose socialism and support strong families.

How do you assess the state’s and Gov. Bullock’s response to the COVID-19 pandemic? How would you begin to ensure our economy bounces back from measures such as temporarily closing non-essential businesses?

As with most of our problems, my solution is a return to the Constitution and freedom. While the government might have a role to play by educating the public of the potential risk, it should not have forced us to close down our businesses. In a free country it is the individual’s responsibility to protect his family, friends, neighbors and customers. By its actions, Montana’s government has destroyed our economy for questionable benefit. Neither North or South Dakota forced their citizens to huddle at home and their death rates are both similar to Montana’s. 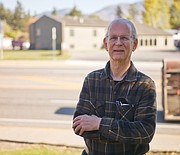